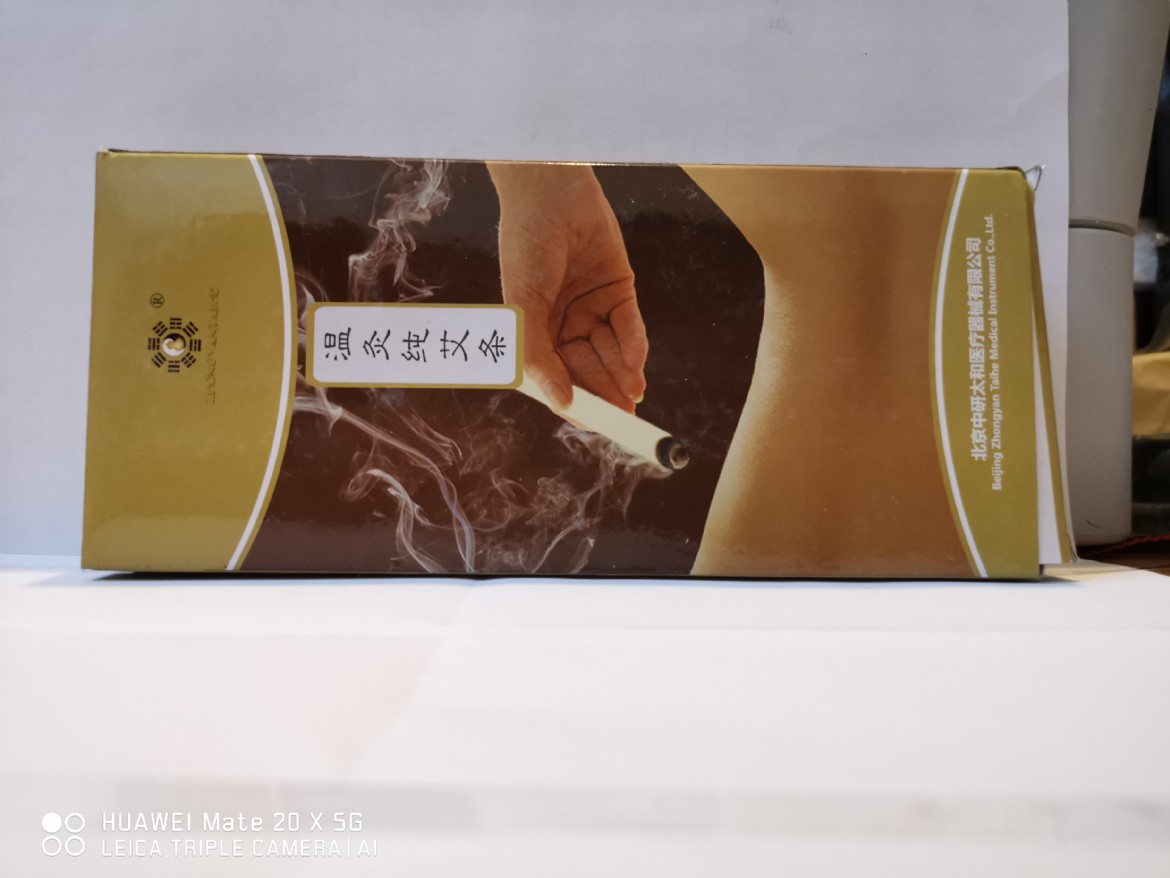 Concerns have been expressed about potential toxicity of the smoke produced by the burning of moxa in traditional Chinese medicine. With the advent of strict anti-smoking legislation in the UK, it was decided to test the volatiles produced by moxibustion and compare them with current agreed safe exposure levels. Moxa, in the form of cigar shaped moxa "sticks" or "rolls", was tested under International Organization for Standardization conditions in a tobacco testing laboratory, and the quantities of a number of pre-determined volatiles measured. The smoke tested was "sidestream smoke", the smoke which arises from the burning tip of the moxa. The test results were then scaled up to reflect normal use and to provide direct comparisons with agreed national safety standards for both short- and long-term exposure levels. Levels of only two volatiles produced were equivalent or greater than the safe exposure levels, as was the carbon monoxide level reported, both as a consequence of using worst case assumptions for comparison. Under normal operating conditions neither volatile nor carbon monoxide would present a safety hazard. One group of chemicals tested, the aromatic amines, with known carcinogenic properties have no agreed safety levels. Results for these in the study compared favourably with background levels reported in urban environments. There are no immediate concerns arising from the continued use of moxa as a therapeutic modality in traditional Chinese medicine. Further testing may be required to establish whether current recommendations for ventilation and cleansing of treatment room surfaces may need to be revised. Stronger recommendations may also be necessary on the inadvisability of using moxa on broken skin.